Presentation of the 2019 “Pain and Animal Health” Award 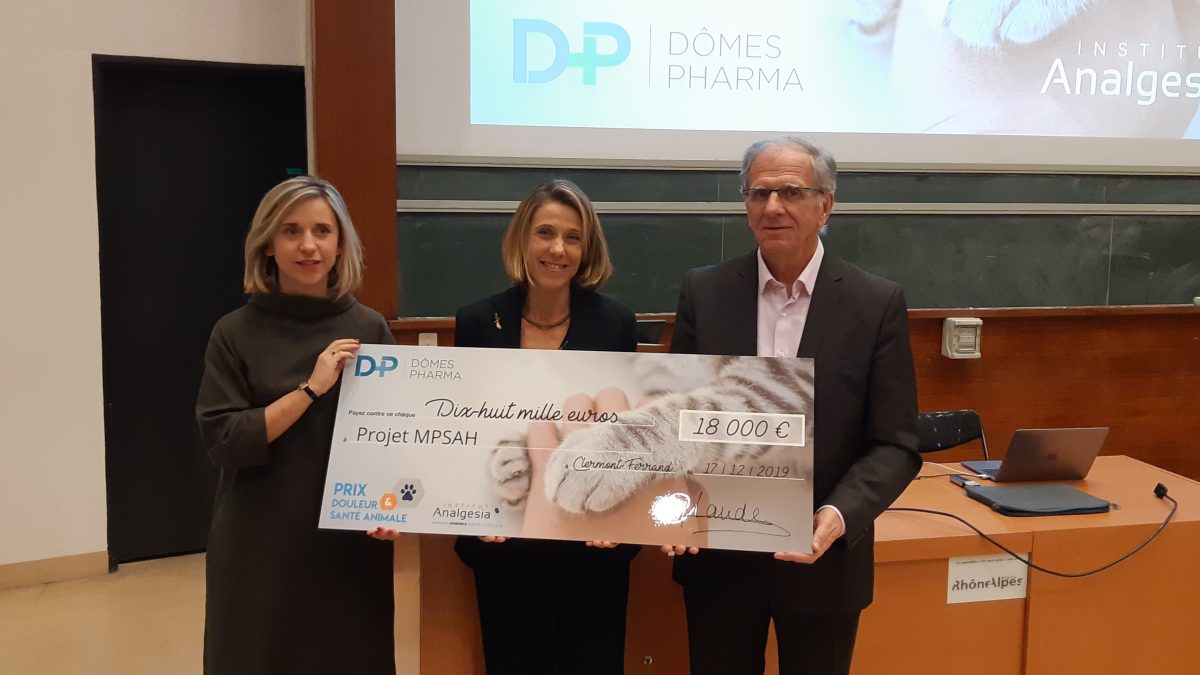 On Thursday 16 January, a symposium on the theme of pain in animal health was held on the campus of the VetAgroSUP veterinary school in Lyon. This evening was the occasion to reveal the winners of the 1st call for projects "ANALGESIA - Dômes Pharma: pain and animal health" launched in June 2019.

An Award for a Franco-Brazilian study project

The selected project is a project that focuses on the evaluation of different physiotherapy methods for the immediate relief of myofascial pain in dogs. On the initiative of Denise Tabacchi Fantoni, from the Department of Veterinary Surgery at the University of São Paulo (Brazil), and Maira Rezende Formenton, doctoral student, the practical work of the study will be carried out by Karine Portier's team from VetAgro Sup Lyon with dogs suffering from osteoarthritis presented for consultation at the University Veterinary Hospital Center (CHUV). Congratulations to them for the quality of their project!

Karine Portier, present at the evening event organized at Vetagro Sup Lyon, and her two co-laureates who attended the event by videoconference from São Paulo, were awarded a €18,000 prize cheque by Professor Alain Eschalier, President of the ANALGESIA Institute and Mrs Anne Chauder, President of the Dômes Pharma Group.

Here, the main objective of the MPSAH (for Myofascial Pain Syndrome dog human patients) study, which won this first edition, is to map trigger points in the arthritic dog using different diagnostic tools that will then be compared. The second objective is to compare the mapping and characteristics of PMS in humans and dogs. The third objective is to use the results of this study to carry out a veterinary exercise thesis (VDD) on pain recognition techniques in animals (e-learning).

This prize is intended to reward an academic team for its research work on the theme of pain in animal health. This call for projects will be repeated every year for 5 years.

3 enlightening interventions on human/animal pain and its management

Professor Alain Eschalier, President of the ANALGESIA Institute, began this symposium by going back first of the very notion of pain, which is quite complex due to the subjective nature of its expression and evaluation. When pain becomes chronic, it is considered as a pathology in its own right, which implies an important psychological dimension. While 43% of doctor's consultations are due to pain, it is important for Prof. Eschalier to remember that therapeutic innovations in the field have been very rare over the last 100 years. The analgesics available to caregivers are made up of old molecules whose efficacy is very partial and whose side effects are very present. Hence the need to relaunch research on pain and to approach it with a new approach based on the patient and his or her feelings. This is the basis and the approach of the ANALGESIA Institute, the first Pain Research Foundation in France. Connected applications and devices are of invaluable help in this individualized approach to the treatment of chronic pain. The Institute's flagship project called eDOL is an excellent example (click here to find out more about the programme).

What is true for man is even more true for the Animal who cannot express this pain and who will even, depending on the species, try to hide it. For Thierry Poitte, veterinarian, member of the jury and founder of the CAPDouleur Network, pain should not be treated as a symptom but rather as a disease in itself and the painful animal considered with its anatomical, emotional and cognitive particularities, in a specific environment. In order to obtain results on pain it is necessary to involve the owner in the evaluation of the animal's feeling and the improvement obtained by the treatments. This is what the CapDouleur network achieves with applications that allow the owner's observations to be collected on a daily basis from indicators chosen according to the animal (attitude, facial expressions, appetite...). Connected devices, such as collars, and remote video consultations complete the system for a truly individualized approach.

Finally, Norin Chai, chief veterinarian of the Jardin des Plantes zoo, traced the history of the consideration of animal pain from antiquity to the present day and its moral and ethical dimension. Because animal pain, unlike human pain, has a history. It has evolved along with our relationship with the animal, which we once considered as a soulless machine to accept today as a sensitive and conscious being. Beyond pain, the notion of animal well-being is a relatively new subject but one that is taking a central place in society.

This presentation time then ended with a moment of exchange between the public (about 70 people) and our 3 speakers.

Thanks to the audience composed of students, veterinarians, teacher-researchers as well as all the other participants for their presence. It was a beautiful evening! 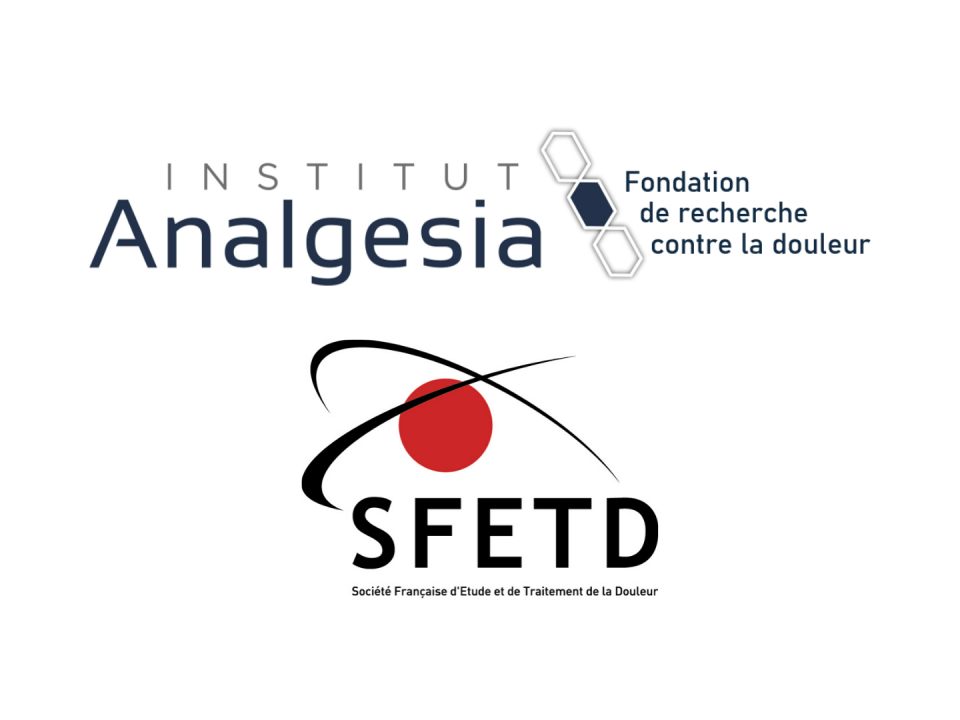